Pomegranates is a unique print made with drawing over woodcut, part of the series Psychotropicalia. Born out of experimentation and chance, the round shape of the plate has been used to twist and turn with every layer, producing an unforeseen combination. The plate was carved with no preconceived result in mind, the design unfolding in the making, inspired by the process itself. Similarly the re-wroking of the image with line drawing followed an intuitive process.

It is on somerset paper (300gms) to allow for an embossing of the plate that adds another quality to the surface of the print and it has been cut full-bleed to admit any orientation. It measures 60cm in diameter and is marked 1/1, titled and signed at the back. The series consists of 18 woodcut prints, featured here, and another 10 which have been re-worked with collage and drawing and that are individually titled. 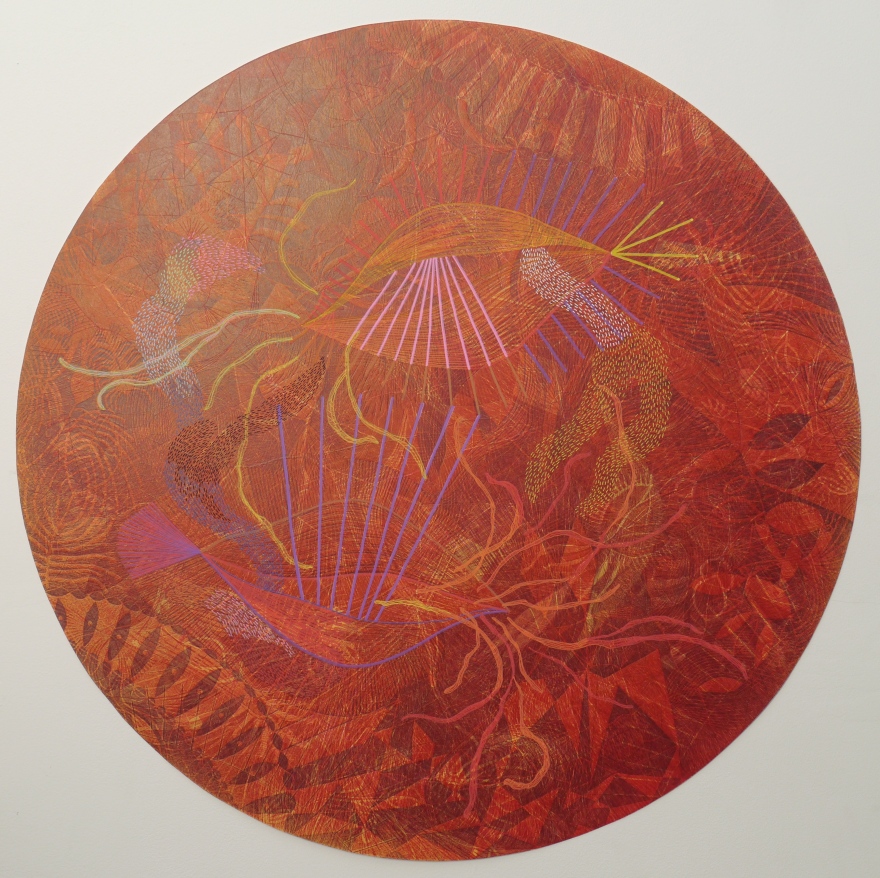